In this project our goal was to create an environmental documentary on an issue that could impact the environment.  Our project was arguing against a proposed village that might be built at wolf creek ski area.  One of our main objectives of the project was to complete three interviews with people who know a lot about our topic.  At the end our documentary's were shown at the theater.

1. I feel that artist produce plans before they create there artwork so the can come out with a well complete product.  For example if someone started on an art project and never created a plan for it, they might mess up their project or not complete it as well.

2. Art is something that can communicate a persons feelings or emotions to someone else.  For example, if the artwork is something sad or depressing, it describes what the artists feelings were while creating the piece of art. 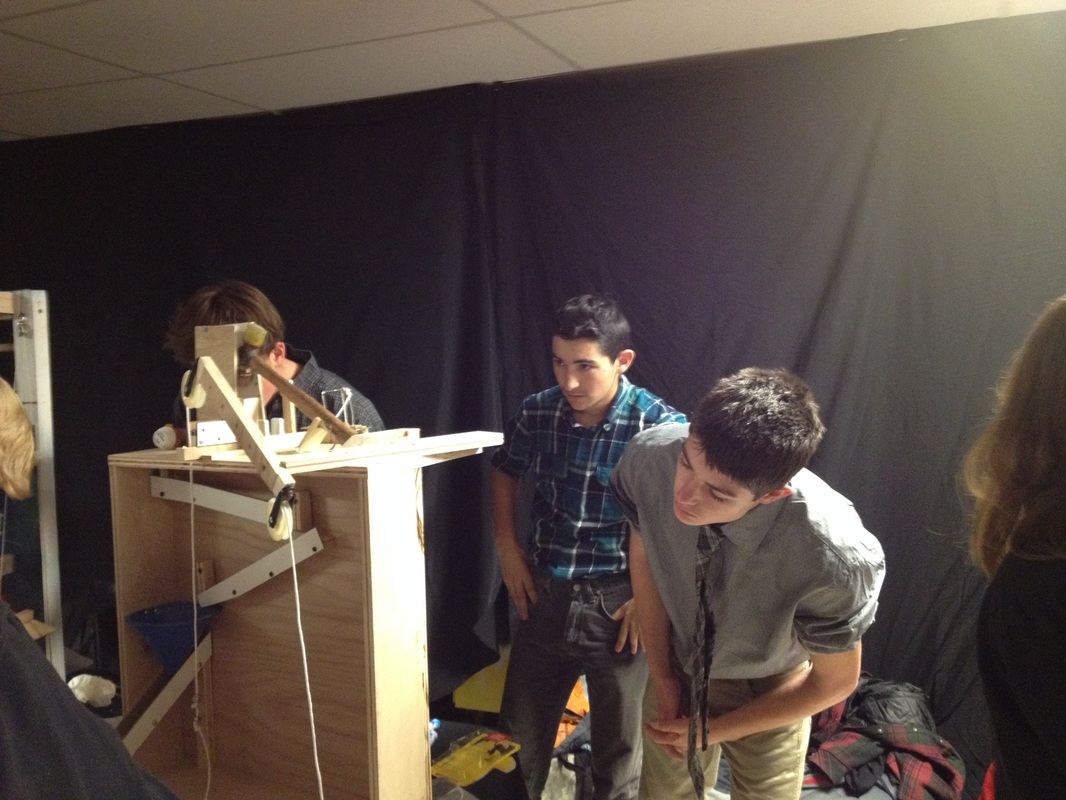 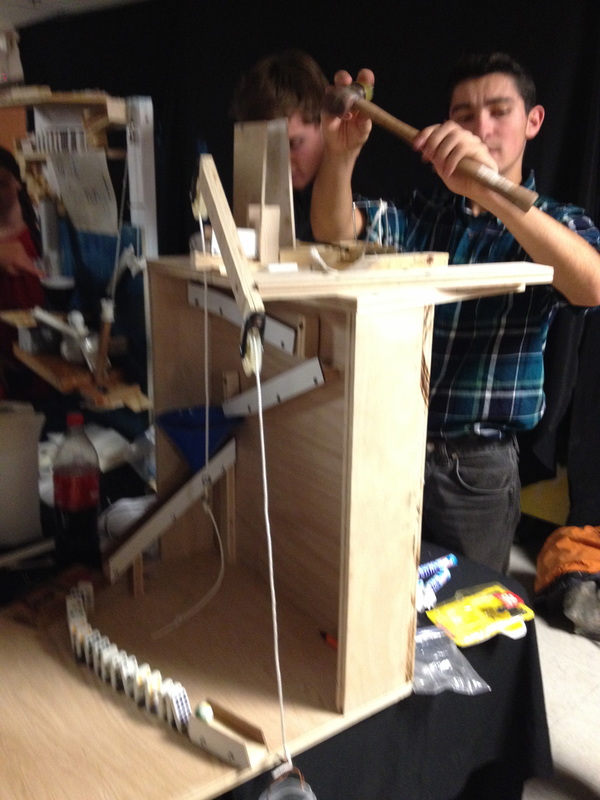 Our group decided to build a Rube Goldberg machine with a task of dropping mentos into a bottle of coke. This consisted of many steps. First, a marble rolled down an incline plane into another incline plane. Then, the marble went into a funnel and dropped into a third incline plane. The marble hit a set of dominoes, causing the dominoes to fall over and hit another marble into a cup. The cup with the marble in it pulled a smaller marble in a cup up a pulley. Then, the cup on the pulley lifted an incline plane from beneath. This rolled a marble into three dominoes. The third domino triggered a rat trap. The rat trap pulled a string dislodging a balanced hammer which fell onto a barbecue sparker. The barbecue sparker set off a small potato cannon which finally shot the mento into the coke.